After losing my second son to SIDs and becoming pregnant with my 3rd son 6 months later, I decided that I wanted permanent birth control. I was terrified of surgery and Essure sounded great. I spent a month doing research and thought I found the best thing ever. I was wrong. I went in 6 weeks post partum (in 2009) to have the procedure. It was almost painless and I was thankful to be able to care for my newborn and 4 year old without having to recover from surgery. For 6 months I bled, like day 2 period bleeding, and was changing a super plus tampon and pad every two hours. For 6 months. I also had clots ranging in size from quarter to half dollar with every tampon change. I was put on two birth control pills to try and stop the bleeding. I finally stopped bleeding.I found out that I was allergic to nickel and thought that my problems were due to my body trying to fight the poison inside it. From that day forward my hair has been falling out. It is still growing, but it has thinned at least 50%. I feel like I am on a permanent hot flash as I can count on two hands the times I have been cold since around March of 2009. My periods have slowly come later and later and sometimes I skip a month. I have always been regular. The weight gain. I lost 30 pounds after having my son, but have gained it back. Despite exercise and diet changes I cannot rid myself of the weight. I am constantly bloated and look like I’m 6 months pregnant. I want these out and the only option is to do what I was trying to avoid: surgery. 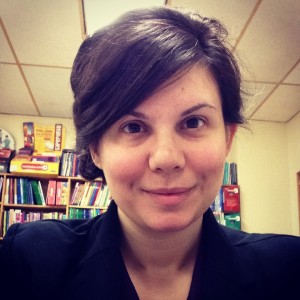 One thought on “Misty’s Story”