I am 29 years old, and have had Essure for 2 years, now. I chose this option over the traditional tubal ligation because it was less invasive, and the healing time was much less than with the traditional way. The procedure went well, I felt a bit of pain, but generally, it went about as I had expected. Fast forward a few months (I assume after the Depo wore off from the 3 month period to check placement, etc.), I began experiencing severe abdominal pain, very heavy, bright red bleeding with very large clots. I get very dizzy and faint during my period, every single month. I am a full-time student, and often miss lecture/class during the first day or two of every period because the bleeding and pain is so bad. I have sores in my mouth constantly, headaches daily, joint pain, numbness and tingling in limbs, especially arms, my vision has even significantly deteriorated over this time. The Essure has also seemed to affect my immune system, as I have not been able to heal from infections, etc., since the Essure placement. I have had numerous blood tests to rule out other health/immune issues.

I have always had somewhat painful periods, especially before I had children. However, this is something entirely different. I bleed so profusely that using tampons and pads together barely works, even when I’m just at home, sitting around in pain for the first couple of days every period.  My periods have also, in the last 4 months, or so, been getting closer together.  I am not longer having normal cycles as I have throughout my life, even in between pregnancies.  I didn’t even initially think that this could be from Essure, I didn’t want it to be. However, I was an active, healthy mother, wife and student before the procedure, and am nothing like I was before getting Essure. This has completely ruined my life. It was suspected that all of these symptoms that I’ve been experiencing was a result of Lupus, but that is absolutely not the case, as I mentioned, blood work has ruled this out. There is simply no other logical explanation for these symptoms that I am having, other than Essure. 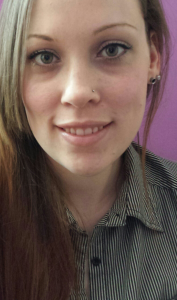