I had Essure inserted in July 2012. I was told by my doctor this was the best way to go and he would really only recommend this procedure. I was originally asking for the tubal litigation and my doctor said Essure was more effective. So I went ahead with the Essure procedure.

3 months later I went back for my confirmation test which I was told I was 100% blocked on both sides. Meanwhile I have been having horrible pains in my abdomen, daily headaches times I don’t want to get out of bed, dizziness, feeling like I am going to pass out, I have uncontrollable shakes at times, very painful during intercourse, and I have horrible cramps all the time.

I had no idea why all of this had started all of the sudden but of course I haven’t got any answers from anyone or help. No one can tell me what is going on. I have been getting really depressed, stressed, and having terrible anxiety lately. It feels my symptoms are only getting worse. I don’t think I can handle all this pain anymore not to mention the headaches I just have to deal with the best I can. I don’t have time to stay down with 3 small children but there are days I don’t want to do anything but sleep I don’t want to even get out of bed.

As of today I am now 7 days late on my period and I am told I may need a pregnancy test and I was like what? I was told I would never be able to have children again that this was permanent. After researching I have found that is not true. So I could possibly even be pregnant. I was never informed of any of this before hand. I feel like I was pushed into this without getting the full information on the product. The doctors make it sound so good and it is the only was to go these days. If you are considering it DO NOT do it.

I just want to be normal again and not feel this way everyday. I am not doing anyone any good like this, I can’t be a mom they way my kids deserve or a wife my husband deserves. 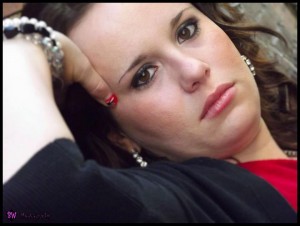