My essure nightmare started in 2008. I had recently given birth to my third daughter after another high risk pregnancy, where i was on bed rest for 5 months. My husband and I discussed whether or not we wanted to go through that again, and decided to count our blessings, and be happy with the three beautiful girls we had i was 33 years old at the time and our oldest was 14 years old. We talked to my gyno about having a tubal ligation done. She told us that they were a lot less intrusive now and required hardly any down time. So i had the procedure done. I wasn’t aware of what exactly was done until i went fkr my followup appointment. I was then told that two coils had been inserted into my fallopian tubes, and that scar tissue would form around the coils effectively blocking my tubes. But that i would have to return within a few months to have a test run to make sure that the procedure took. A test that my insurance wouldnt cover and i couldnt afford. Needless to say i never got it tested.  Fast foward about 5 months and all of a sudden, im having debilitating pain all over my body, welts appearing on my skin, periods that last 2 weeks or more, with pelvic pain and bleeding inbetween. Headaches, insomnia, restless legs, and fatigue. I see my primary care doctor and after extensive tests, and specialists. I am told i may have lupus. After more testing and poking and prodding, i am diagnosed with fibromyalgia. Now keep in mind i have never had any issues like these before. I have always been pretty healthy. Now 5 years later, i can barely walk up and down stairs, i am ALWAYS tired and in pain. And there is nothing anybody can do, I also want to point out that i am very allergic to nickle, and had no idea that that is what was put in my body, because i was never asked. I wasnt given the option to choose what i wanted done, it was chosen for me. And now this is my life, pain everyday. I will say that my husband is a true blessing, picking up the slack due to my being unable to do everything i used to be able to do. He is totally understanding and super supportive. My only option is to look into getting a partial or full hysterectomy. I hope that other women will read these stories and be more informed. And we can prevent this from happening to someone else. 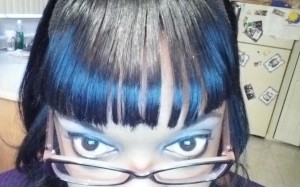