I had the Essure procedure done June 2012 because our family was complete and the thought of not undergoing surgery to have a permanent birth control option was alluring. My doctor had a hard time placing the right side coil but did finally achieve placement after some time.

The doctor even had to open a new Essure packet to get another coil because the first one had cinked or bent a little, so she thought that was impeding it going into my tube. My opening to the tube was spasming as well, which she said contributed to the difficult placement. So I was expecting some cramping after the procedure, which was there. I also had sharp pains in my right side in the few days to a couple of weeks after.

Upon having the HSG test performed 3 months later the right side coil did not take and was curled back around itself, not straight like the left one. I left the room with options of leaving it like that and having to do another form of BC, doing another HSG in 3 months to see if closure had occurred then, or tie my tubes with laproscopy and take out the coils only if they could even be located.

I have been so disheartened by this whole thing and wish I would have never done this. I now get very heavy periods and have pain on my right side toward by back on occasion. I’m worried this coil is floating around and perforated my tube. I just want to get them removed before it’s too late and it gets worse. This has cost me thousands of dollars out of pocket and I wish women who are considering this get all the information they need to make a better informed decision. I hope we can come together and make a difference to have this product removed from the market.

Thank you and good luck to all of you dealing with the struggles this has caused in your life. 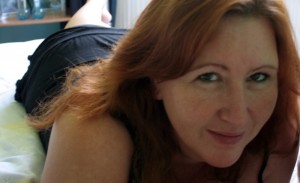