In October 2007 after having my 4th child I spoke with my OB/Gyn about getting my tubes tied. She suggested a non-surgical option called Essure, she explained it was a simple in office procedure that required no surgery or down time. It sounded great, no missed work, no recovery and able to take care of my newborn and 3 other children without dealing with the challenges of surgical recovery.

She explained what the device was and how it was placed. My OB/Gyn said there were no risks with the device or procedure and didnt explain rare risks like doctors do before a procedure. She said NO risks and that was all she said. She didnt mention any nickel, a skin test or any rare adverse reactions at all.

I trusted her as my medical doctor having my best interests in mind, and trusted if she was performing a procedure she knew the proper protocol to follow and adequate information about the product.

I am allergic to nickel, Anytime I ever got earrings I always had to get the nickel free as the earrings containing nickel would infect my ears badly. I  had no idea this device had nickel in it.

Within a few months of getting the Essure procedure done I started having extreme pains in my stomach and in the area of my pelvis where my ovaries are located. It was almost like I could touch that area and feel them. I would cry and cry and tell my mom something was wrong. I went back to my doctor with the complaints asking if something went wrong and telling her something was wrong with me, she blew me off and told me it defintely wasnt the essure and it was just my uterus shrinking after the baby.

I had 3 previous children so  I knew this was something different than that, as I had never experienced such pain around my ovaries with any of my other children.

Needless to say, I never went back to her again. Since 2007 I have never been the same, terrible bloating, excruciated pain in my stomach, back sometimes worse than others. I have seen my general practioner, gastroinestinal specialitst and they all tell me to change my diet, that I probably have food sensitivities. I have changed my diet and these symptoms havent changed, drs. tried different medications as doctors do, (throw a pill at it), treat the symptoms, and dont investigate the root cause.

After years of this, they pretty much had me convinced that they didnt know what was wrong other than calling it IBS, and defintely not the essure, which one dr. finally told me that is what they diagnose with when they dont really know the cause.

I have never went back to a GYN since then, totally losing faith and trust in them.

Often, the pain is so bad in my stomach I cant even straighten up and I have to walk hunched over because of the pain & bloating, or lay in a fetal position. This has become my life, bear it and accept it. The quality of my life has certainly changed.

It wasnt until I heard on the local news that there were many other woman that were having the same symptoms due to Essure and what it caused in there body,  for it to finally hit me, this is what is going on with me! I am not crazy!

It then hit me, I had hernia surgery back in 2011 and the doctors told me that during the surgery the scope detected I had 2 hernias on each side of my groin coincidentally in the exact area that each essure device was placed.

At this point I will be finding a OB/GYN with a good reputation and pursuing further what has happened with me through the essure.

Just think, what if these things have perforated through, and just because an OB/GYN didnt want any liability for the devices she peddled and got paid to put in my body she has put me in a position of injury or worse. a mother of 4 children, a wife, a daughter.

I will be pursuing a visit with a reputable OB/GYn now that I am finally putting the pieces of the puzzle together. If it wasnt for the women stepping up and it being on my local news I would have continued with these dibilating pain until who knows…. and never put all the pieces together.

I will update you once I can confirm what this terrible device has done.

I feel that the OB/GYN that never explained essure fully, followed proper protocol with a skin test (never heard about this part of the process until I read it recently online),  or at a minimum asking me if I had a nickel allergy, or explained any possible adverse reactions and then not following up once I came to her with complaints within a few weeks of getting the procedure should be held liable. She did not uphold her responsibility and medical oath to take proper care of me. This is negligence and disheartening that I put my life in this OB/Gyn hands and she has put me in a position of physical trauma for the last 8 years of my life.

Has anyone experienced this type of situation with their OB/GYN when getting this procedure? 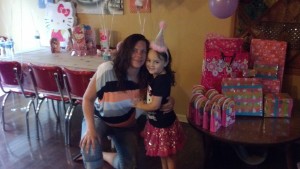