My name is Laura, I am 28 and had the surgery done September 9th 2014 when I was 27(bday was 22nd) and I thought that this was the best gift I could give to myself with my baggage. The doctor assured me I could have Essure removed in the future if I so desired. Have bipolar, borderline personality disorder, OCD, ADHD, and a buffet of meds including morphine and oxycodone for my already crippling back. My back surgeon told me I could become paralyzed if I didn’t lose weight before I was 30 and successfully lost 100 pounds but my OB said Essure was an effective birth control, not mentioning sterilization or the fact it contains PET. She had told me that when I wanted them removed I could have children. I just wanted to wait and not risk and unwanted pregnancy, or harm myself. So…it’s only been a little over a month and am experiencing bloating (size 16 pants with a size 3-4x shirt, crazy) abdominal pain that gets so severe I cry. Nausea, dizziness, migraines, cramping and bled with blood clots for over two weeks then started again four days ago but stopped today. Moodiness and anxiety. Before the surgery, my medications helped with all of the pain and moods I had so this is odd. I heard that woman usually go in and have Essure implanted at the ‘drs’ office, in and out within 10 minutes. I was in surgery for 45. I have a rare thing called bicornis bicollis, uterus didelyphys, and a partial septum. That is two cervixes, two uteruses, and almost two vaginas (partial) so was I guinea pig for her? So many people were in that room..saw her yesterday and she denied saying I could ever get them removed. Said what I was experiencing was unrelated to the Essure. I have yet to find anyone with my double everything. Part of me hopes I’m not alone and another part begs God that no one else is some twisted doctors lab rat. I screamed at my doctor, cussed her out and scared all the staff (can’t deny this gave me great pleasure after I left). I’m posting my story in hopes someone that is debating about what they read on the internet and what their doctors tell them believe me when I say you WILL regret it for the rest of your life (however long that’ll be since you can die from this) we’ll all go someday, but preferably without pain and having our loved ones suffer with us. Just, please think and pray long and hard. I didn’t do the research and soaked up my doctors words because I trusted her and only asked ‘when can I do this?’ I am to blame as well for not even considering…but she never mentioned these kinds of side effects. Hysterectomies. Strokes. Cancer. Hair loss. Death. A month and I feel like shit. And I hope my story will reach at least one person, because they are liars. Now my head feels like it’s going to explode from staring at this screen but think about what I wrote. Love. 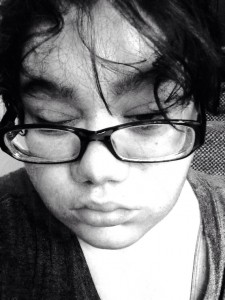