My story starts in July 2009, I had given birth to my 2nd child and my husband and I had decided that 2 was enough. My childern are 8 yrs apart due to fertility reasons so I was donewith having childern. After having my daughter I spoke with my then obgyn and he explained to me there was an alternative to the standard tubal, no 2 weeks downtime, you could go back to normal activies within 24 hours and you would only miss 1 day of work. Now I had been with my Dr for over 10yrs so this was a man I thought I could trust. Sept 09 I had my essure coils implanted and I had some problems from the start.

No one should bleed for a month at a time, then not get their period for 2 months then bleed for another month at a time. I made an appointment to see my obgyn and I explained to him what was happening and I was told it was my body doing it, so trusting him I just chalked it up to that, but really with no explanation. The weird bleeding subsided and I was ok for a short time then the pain started, my periods were sooo painful I couldn’t sleep as the pain would wake me up. I spent nights on my bathroom floor because that was the only place I could find comfort. Finally my husband looked at me and he said you need to goto the ER and so off we went, well diagnoses was a cyst. Follow up with my obgyn and he confirmed it was a cyst. I explained how I was feeling and that I had found woman with similar stories and he said to me, its the internet you can put anything on the internet. I was livid!

After months of living in and out of the Drs office my primary doctor said to me I can’t figure out what is going on, I want you to see your obgyn, I explained to him what happened last time and he recommended another obgyn. Within 1 visit she had me diagnosed with a bunch of things which I had never been diagnosed with before and which a lot of made sense. She looked at all my recorss from the past year and decided that these things needed to come out and that the essure coil was the root of my problem. So Jan 16, 2013 I had my coils removed, there were 2 coils in my left tube one of which was broken and one coil in my right. I was completely unaware there was any problems at implantation so that news surprised me. I am 11 days post op and feeling great! I just wish that I didn’t have to of gone through all this and I don’t want woman to have to in the future. 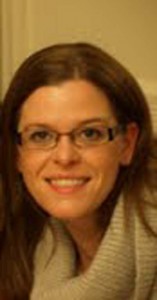