I had the Essure coils placed in October of 2011, after having months of bleeding that never stopped. The surgery went well and recovery was pretty easy. I had finally thought I was going to receive the relief that I so desperately wanted, but was wrong. I started having awful pain, foul smelling discharge, headaches, nausea, fatigue, and all around not feeling like myself. I went to see my Gyn and was told that I had an infection and would need some antibiotics. I thought okay I can do that, but after 2 rounds of antibiotics I was not any better.

I became very depressed and it started to cause many problems in my marriage. The amount of money that I was paying out for all my copays for the doctor and the meds were becoming too much. I would not be intimate with my husband because of the foul smell, and the pain. My husband said that he understood but I really don’t think that he did and truly wondered if I had been unfaithful and had contracted a STD. Even though my son is only 18 months old and cannot tell me how he feels, I know that this whole experience has taken a toll on him as well. I have been so sick, depressed, and tired to really spend time with him like I should.

I went to the doctor again 2 weeks ago and was then asked for the first time if I had a nickel allergy. In which case I do, but because I was never asked I did not know that the Essure coils contained nickel. Now my body is rejecting the coils and my whole body is reacting to the nickel. On February 5th I will be having surgery to remove my fallopian tubes or a possible Hysterectomy.

I should have never had to go through this pain, infection, depression, problems in my marriage, and money lost if I would have just been informed from the beginning that the coils contained nickel and the side effects that come with it. 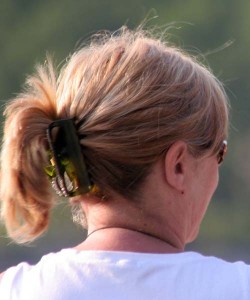