My name is Alex. I am a mother to four kids. I had the Essure tubal put in August 2009 because I was told glorious things from my Gyn about it.

In the years to follow I started having a lot of problems with headaches, hair loss, swelling, joint pain, numbness, pain during sex, weight gain, uncontrollable uterine bleeding, thinking I was having a heart attack several times when my heart was fine, fatigue, the whole nine! I was tested for multiple things including Lupus and Fibromyalgia due to all of my symptoms.

I started to wonder if it could be my coils when I found a group in Facebook and realized they are all just like me, since their essure was done. I have personally filed a report with Conceptus, the manufacturer of Essure but have heard nothing back from them. I also filed with the FDA med watch about Essure. My Gyn didn’t think any of these symptoms had anything to do with Essure. I ended up having a hysterectomy on September 27,2012 due to months of uterine bleeding that wasn’t relieved with birth control pills and also a Mirena IUD which was used at the same time for 3 months. I am healing well and starting to feel more like myself!

Essure needs to be taken off of the market! It has ruined many lives and it has taken a Facebook page to help us ‘E Ladies’ to realize that we aren’t crazy and that we aren’t alone!!! Thank you for reading my story Erin! 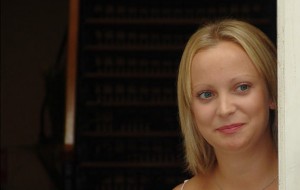