I had my Essure procedure done in March of 2008, after I gave birth to my third child. I asked my doctor about getting my tubes tied when I was told of a new procedure that was way better. My husband asked me to do it the ‘old fashioned way’, but I didn’t listen to him when I should have. Two days after I had the procedure done I was in major pain. So bad I was crying and thought I was dying and bleeding so bad I should have died. I have been in pain ever since.

I cannot stand any pressure on my lower abdomen of any kind. It hurts to be intimate with my husband. It is to the point now that he says I am broken. That really hurts more than the pain from these stupid implants. I was on medicaid when I had the procedure done and now I have no way of getting them out. I need them out of me. My husband says he feels things when we are intimate and when he says it is when it is hurting. I need my life and my health back. I am constantly in pain and need help!!! 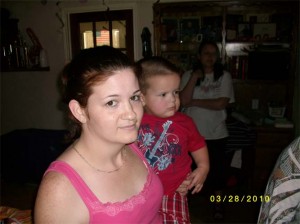