I had Essure procedure done on the 27th Oct 2011. I was asleep for the operation and woke up feeling very sore and tired, so I went home for some rest. The following day was the start of my nightmare, I woke with a high temperature and very red flushed cheeks. I started to feel unwell and after a few days of getting worse I went back to the Doctor. He didn’t really know what was wrong and just said, I had a virus and gave me pills for the sickness and dizzy spells. After a few more days I was no better and thought I was dying, so I went back to the Doctor who sent me for a blood test which just said I had a virus, so I got more pills. After two trips to A&E (ER) and even more visits to the Doctor, including the Doctor who performed the Essure, I was still no better, so I paid to see a specialist. He just thought I had IBS which was playing up. So I had cameras up and down but they showed nothing, two internal scans which just showed the coils were in there, nothing else. I was told to change my diet and tried to get my life back, but I was still having issues.

I have had pain in right calf since February (I was checked for a DVT), it gets worse when laying on my right side and I get pins and needles in the leg right down to my foot. I have period pain all the time, which gets really bad 2 weeks before a period. I have pain in my lower back all the time, sometimes it is hard to bend and walk. I also have pain in right side and back when walking, like a lump moving up and down. I get mood swings, tearfullness, heavy periods, panic attacks, very painful breasts and night sweats and cold sweats in the day. I also have had weight gain around the middle (2 stone). I get pain during sex, my gums swell and hurt 2 weeks before my period and last until my period ends.

I saw three Doctors at my clinic and all of them didn’t really know what to say because they didn’t know enough about Essure! So eventually they sent be back to the Doctor who did my Essure. I went with paper work which I had found on the Internet and Facebook stating some issues people were having and she did read them and looked quite concerned. She didn’t hesitate to say that she would remove them, wow! I thought I may have had to fight for that outcome. Makes you wonder doesn’t it……

It did mean a Hysterectomy, which I didn’t mind as I’m 41 years old and didn’t really want any more kids. She put me back on a mini pill to sort out my hormones and booked me a date. Later, I got a letter saying she had spoken to a doctor in NORWAY and there is no way the Essure was causing my problems, but she will still remove them. I had them removed on the 11th October 2012 and straight away my leg and back pain went, I feel sore but I don’t feel ill. 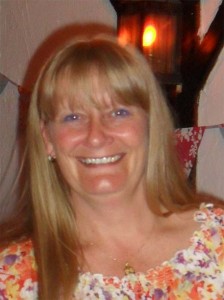