While pregnant with my second child I went in with my mother and asked tie my tubes in which dr gnam suggested I didn’t wait till I was 26. After having the next child I asked if I could have the IUd put in me like my older sister has it seemed like a good thing. I could take it in and out when I want. He said no. Then after having the 3rd child. I was told very little if not nothing at all about what was about to be put into my body. Had I seen these metal coils that did what they did over time and that it gets inbedded in your body I would have opted out.

So I get this strange procedure done after my 3rd child and now looking back and reading the problems I always knew something was much more wrong with me then people or doctors or emergency rooms knew or could even imagine.

When I was 15 I was ejected out of a vehicle and thrown 80 feet. My spine was a hair line from being paralyzed the t-11 in my lower back of my spine broke off on impact and was pressed up against the spinal cord. Pelvis broke in several spots along with the tailbone snapping in two and ripping my insides where i had to undergo surgery to have a temperoey colostomy put unplace while my insides healed. Now at 26 I have had a device put in me without permission and then years now 31 has gone through pain everyday of my life since 15 and only has gotten worse is now been dealing the last 5 years with even more excruciating pain from this product. I have been to many doctors and I can remember countless er rooms with pains so bad I couldn’t stand it but always got the same reaction it was something to do with my back. It on many many occasions cripples me from going about my way of life. 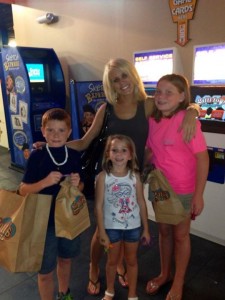