I had the Essure implanted June 2011. That night and into the next morning I had excruciating pain, the pain was so bad that I was crying uncontrollably and became dehydrated. I was as white as ghost and trembling so I went back to my OB/GYN the next day and they admitted me ASAP. I saw an Infectious Disease Physician along with my OB/GYN and they put me on morphine, antibiotics and an IV. They assumed it was from the Essure procedure, that there was some sort of horrible infection. I was in the hospital for 5 days. I was away from my husband and 5 children. I cried constantly in the hospital.

Since I had the Essure I now have the following health problems:

Constant lower back pain that sometimes is so severe it makes me cry. Also when my back hurts I bloat, not period bloat, BLOATED! It’s amazing to watch. I told my hubby the other day, watch. Sure enough, my back hurt so much my belly bloated up like a helium balloon filling up.

I also suffer severe migraines, anxiety, panic attacks, IBS, bronchitis, pink eye (yes, pink eye, my kids never even got it). I have a constant cough that comes and goes since the Essure, hot flushes so severe I sweat, low grade fevers; constant low white blood cell count and no Doctor can seem to explain to me as to why I feel tired and run down every day. I also experience sharp pain on both sides which feels like my ovaries hurt or ache all the time. Oh and I am on birth control also because my periods are so heavy.

When I went to the follow up for the dye test it came back great. No dye leaked through. This does not make a difference to me since I deal with the agony of the Essure coils in my body. I never get better. Even when I am on antibiotics I never seem to feel better. I think it’s because my body is already ‘infected’ with a virus (Essure) and antibiotics seem to mask or cover up the problem for a while but I never get to feel good or normal, ever.

I am going Dec, 19 2012 to finally get a nickel test done. In January I go back and see my OB/GYN to do a vaginal ultrasound. (Yes they put me off, instead of doing the tests NOW). I have a very disturbing photo of me looking 4 months pregnant, which I just took a week ago, however I was just bloated. Thank you Erin. I hope you can help me. My sister Lisa had the same procedure, Essure; she will be in contact also. Thank you. 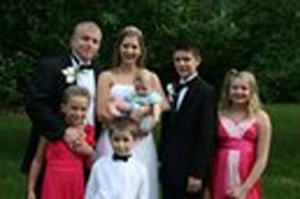