Early November 2006, six months after the birth of my youngest child, I had the essure procedure done and have regretted it ever since!

They gave me the depo shot to loosen my cervix up before the procedure. I was put out for this and was under a long time, a good few hrs. When I awoke after surgery, I was sick to my stomach had massive cramps and was highly confused, then they told me they had a hard time waking me up, and this is very abnormal because I’ve had plastic surgery many times in the past from a birth defect.

The next day I started bleeding so heavy I became instantly weak! And literally for three months I was constantly bleeding and became badly anemic. Now today, I still have pain in my overies and lower back constantly. My periods are completely irregular and have two a month for roughly 9 days!!! While on my period the cramps are so bad that I double over and get sick! I never had the dye test done because of a divorce and move over 500 miles back home!

My sex life isn’t as great as I’d like! I have pain when doing anything sexually and I dry up almost as soon as it starts!!! I’m 27 years old and I know this isn’t normal. I also gained a lot of weight and have a very hard time losing any of it! My doctor said I have poly cystic ovarian disease because I get massive cyst on my ovaries now! Which was never an issue before, I’ve also had a septated ovarian cyst. How can a woman who was so fertile and got pregnant so easy have poly cystic ovarian disease and it literally occur overnight?

I too was a woman who was never informed about the contents of the coil. Cause if I knew then it contained nickel I’d of never gotten it for two reasons, one, cause it is a cancer causing agent and two, cause I’m allergic to nickel! I can’t even wear earrings containing nickel without large puss bags forming in my ears!!! So with my story being told I hope it helps some young woman who too wants a permanent bc method and not so much cutting and pain cause this is anything but less painful!!! 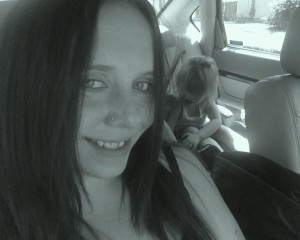