This is My Story

What is essure? Essure is touted to be a non-surgical alternative to a tubal ligation. Its done in the doctors office and aside from cramping, they say you can go about your normal routine. The truth – insertion is BEYOND painful and they dope you up with narcotic painkillers before the procedure so you can somewhat “tolerate” the pain. The coils themselves are cardiac stents which have been repurposed by adding a piece of fiber in them which promoted the body to develop scar tissue around them. The scar tissue is what closes the tubes. The coils are also made out of nickel which is no longer on the label. Women who are sensitive to nickel should not have the procedure, but they don’t tell you that. They also don’t tell you that women who are allergic to iodine shouldn’t have an HSG procedure. I can’t wear fake jewelry and when I’m highly allergic to IV iodine. I actually go in anaphylaxis. As such, I never had the HSG test and should have never had Essure.  Nonetheless, I’m here and suffering.

The coils were inserted in my Doctor’s office over a year ago. Prior to having Essure, I’d never had a thought about a tubal ligation.  A surgical option wasn’t an option.  Essure seemed like a good thing, especially because I didn’t want any more kids.  One child was perfect for me.

My periods had also been very normal, very regular and very non-eventful for years – No PMS, no cramps, no nothing that so many women complain about. You could count 28 days by my cycle. I’ve never been normal since essure went it. The 1st cycle after the first coil went in was very light. After the second coil went in, I didn’t have a cycle at all for months. My next cycle came in November.

During this time, I also had other strange side effects happening. I know now these are signs of the nickel sensitivity. My migraines, which I’ve had since I was in my late teens / early 20s, got worse. I actually missed watching my daughter perform in January because I was in the hotel room laid up with the horrific migraine. I became forgetful. I would get lightheaded and dizzy. I would get tingling sensations or numbness in my hands and feet, and even my face. My energy level went down and I just generally didn’t feel well. Lethargy was a common feeling. I had visits with my regular Doctor and my Neurologist.  They had ran tests to make sure nothing was wrong, ie no cancer markers, but they couldn’t tell me why I wasn’t right.

The periods started again, however, they were no longer normal.  I got one in November, two in December, nothing in January, bled almost the entire month of February. After this, I can’t really tell you when I wasn’t bleeding, because I don’t remember not bleeding.  During this time, my GYN did some tests and he did something called a hysteroscopy to collect some biopsies and rule out gynecological cancer.  This was the first time I raised issues to my GYN as prior to this, my symptoms were not gynecological in nature.

On May 17th, I had the scariest bleeding episode of my life. I was at work in a meeting and had a sudden sensation of massive liquid coming from my vaginal area. I calmly went to the bathroom and noted lots of blood and it was dripping down my leg. I went back to the conference room, and somehow managed to be calm where I collected my things and went back to my desk to get someone to drive me to the emergency room. All this time, I’m still bleeding. The hospital got me stable, and made sure I wasn’t bleeding any more, checked my blood count and sent me home.  They did not perform any tests.  They simply made sure I wasn’t bleeding anymore and sent me home with a verbal diagnosis of hemorrhaging and on paper, a heavy period.  They could not tell me why suddenly bled, only confirmed that it had stopped. When I got home, I think it was my Mom who said maybe it’s the Essure.

I spent the weekend doing research on Essure complications and found one blog and one Essure Group, Essure Problems, with women who had stories similar to mine. My Doctor listened to what I said, and then asked for all my symptoms, which I rattled off. He said something to the effect of we’ll figure it out. He made a list of blood tests he wanted my PCP to do, and then had me scheduled for a pelvic ultrasound. He also said that he wanted my PCP to order a CT scan. I saw my PCP that same day, he ordered the bloodwork and I asked about the CT scan. My PCP said lets wait for the blood work results. When I went to him for the follow-up (next visit – not sure when), he said he got the results and they didn’t show anything and he had sent the results to my Doctor. I asked about the CT scan, he said it wasn’t necessary and it wouldn’t show anything. He also said I needed to lose weight. I remember when I was leaving his office that day, the notes said something about him discussing the use of sunscreen with me. We never SPOKE about that.  He was basically dismissing me as being ‘fat.’  NICE!

I again spoke with my Doctor’s office and they ordered the CT scan and it was done a few days later (less than 3.) The Doctor called me after the CT scan and told me an Essure coil had migrated to my abdomen, and I had a seroma in the same area. They quickly made arrangements for me to see another Doctor who quickly scheduled me for surgery to remove the seroma.  All this time, I’m still having pain episodes frequently during the day and night. Some episodes are so severe they wake me up while I’m sleeping.

After the seroma was removed, the pains stopped, however, this was only temporary as the pain was back a few weeks later.  The severity increased over time back to where they were when the seroma was removed. I was still bleeding despite having the seroma removed. My Doctor performed an ablation to get the bleeding under control, but this didn’t take care of the pain. I was trying to put off having the surgery until December. However, the pain was too intense and too frequent.  This was when I found Dr. Jacob Tangir, the man who would finally free me of Essure.  It was in his office that I learned the piece of Essure in my abdomen was not a complete coil, but a fragment and the rest of that coil was piercing through my fallopian tube.

On October 20th, Dr. Jacob Tangier performed a bilateral salpingectomy removing the coils, my fallopian tubes and the fragment in my abdomen.

As I type this, I’m home recovering from the surgery. Over the past few months, I had three surgical procedures because of essure. I haven’t even touched on the negative impacts to my quality of life and the mommy/daughter things that were impacted because I was in pain for months, and felt miserable.  Stay away from Essure.  There is no real benefit and its all a risk. 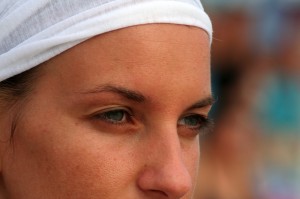