My last child was born on May 9, 2006 and I had the Essure done on July 14, 2006. I was not warned of any of the side effects and my doctor refused to tie my tubes. He said that the Essure was he only thing he would do so seeing that I didn’t want anymore children because I was 22 and had 3 already. I agreed.

Over the past 7 years I have had numerous problems but never thought they could be related to my implants because my doctor told me there were no side effects and that it was completely safe. I have bad lower back pain, night sweats, headaches, and sometimes severe migraines, cyst covering my ovaries, I wake up every morning and my whole body aches for hours, feet and face swelling, rashes on my stomach and sides, my stomach looks like I am at least 4 months pregnant all the time, unable to gain weight, pain after sex. I have periods for 6 months straight (bleeding every day) then go a few months without a period, bad cramping, and constantly feeling dizzy and feel like I’m going to pass out.

I wish I had never had this procedure done but now that I have I just want these coils out of me! I do not have insurance and from what I’ve seen it can cost up to $6,000 plus to have them removed. I am a single mother of 3 kids, 2 of which are special needs. I can’t afford that! It’s sad that women like me have to suffer and deal with this pain because we can’t afford to remove something from our bodies that was supposed to be helping us and it has done nothing but make our lives miserable! 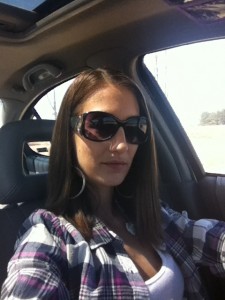