After having a miscarriage on November 23, 2011, I didn’t want to go through that pain and trauma again. After talking to my doctor he convinced me to have the Essure procedure. I had the procedure February 3, 2012. From the moment I had them in I started to have symptoms. I had migraines, but since the Essure was implanted I was having severe migraines. Migraines so bad that 2 times I had stroke like symptoms. I also started to have all kinds of different problems such as: Neck pain, weight gain of over 50 lbs and no matter what I did I couldn’t lose it, rashes, severe heavy menstrual bleeding, severe PMS, joint pain, severe fatigue, the list goes on and on. I had had multiple tests done and nothing was ever found. I thought I was going crazy till I found a large group of women on Facebook and now here on this site that are going through the same thing I am. It breaks my heart that we are going through all of this.

I had a long talk with my doctor and it was decided to have everything removed and to leave my ovaries. I am 44 years old. I shouldn’t have to have a hysterectomy at this age. On February 8, 2013 I had my procedure done. From the moment I woke I felt 100 times better than I had for a year! All the symptoms are slowly going away or gone all together.

I am spreading the word about this procedure and not to have it done. What started out as a beautiful thing as going to have a baby, ended up to being heart ache and pain of losing my “womanhood”. No woman should have to go through this pain and trauma. 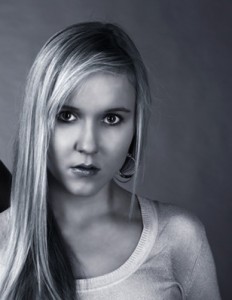