I had my son in 2005 and had complications due to a fall during pregnancy which caused severe back pain throughout my pregnancy and during labor. Due to medication I have to take daily I had gotten pregnant 3 times on birth control and decided to talk to my doctor about more effective options of birth control.

I had requested an IUD but was told by my OBGYN that my insurance did not cover it (which I later found out was a lie after contacting the insurance company myself). The doctor pushed me to opt for the, then VERY new, Essure procedure going on and on about the safety and success of the procedure and its non-invasive nature. I did not want to go with a permanent option but my doctor convinced me that there was no other viable option considering the fact that I had gotten pregnant on multiple types of birth control in the past. I reluctantly agreed and at only 20 years of age had the Essure procedure done only 2 months after my son was born (which I have now discovered that at that young the procedure is not advised and that short after having a child).

Everything seemed to have gone well and the dye test indicated a full blockage. I had ALOT of cramping and bleeding after the procedure but the Dr. assured me that this was normal. Since the procedure my periods have been MUCH heavier and longer than they had ever been before. I also had never had problems with PMS or cramping before the procedure but now these issues are nearly debilitating on a monthly basis. I also regularly experience very sharp localized pains that I have concluded must be from the implants due to their location as well as an almost persistent dull ache in the area of my fallopian tubes. Since the implants I have had multiple back problems and frequent issues with BV despite being completely monogamous (I had never had BV before the implants but have had problems with it recurringly since).

I have not seen an OBGYN for this problem despite living with the pain and problems for over 8 years. I have lost all faith and trust in Drs after this experience and find it difficult to even go in for a pap smear after being decieved by my doctor and duped into a procedure I did not want that has caused me so much misery.

I have 2 beautiful children and have no interest in having more but I am completely fed up with the ailments caused by this procedure and would do anything to have it removed. I am on Medicaid (state insurance) now and was at the time the procedure was done. It seems ridiculous to me that if Medicaid will pay to have a procedure done, but when it fails or causes you pain or injury they will not pay to have it removed.

If a Dr. left a cotton ball in me after a surgery, Medicaid would pay to have that removed, why not Essure implants that seem to be ‘malfunctioning’?

I just hope that all of us women who were tricked into thinking that this procedure was completely safe with no or minimal side effects will get some satisfaction and that this company will pay for what it has done to us all. 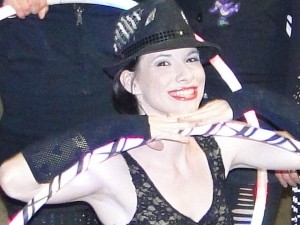