About 4 years ago I had the Essure procedure done.  When I first went to have the procedure I was told that they were only able to get the left one in because my right fallopian tube was too ‘fluffy’ as they called it.  The doctor prescribed Depo and told me to return in three months to have the right side inserted.  I did as the doctor advised and three months later had the right side inserted.  After three months I did a hysterosalpingogram to make sure the passage was totally blocked, which it was!  As the months turned into years now my menstrual cycle continues to get heavier, longer, and extremely painful.  I have a history of ovarian cysts and was previously diagnosed with PCOS so I figured that these were the reasons for my excessive pain and drawn out periods.  After having two sonograms done within a year and no sign of cysts I started to question the pain.  This past week I was taken to the emergency room by a co-worker because my pain was so unbearable.  While in the ER they did a pelvic sonogram, renal sonogram, and pelvic CAT scan which all came back negative.  When the ER doctor told me this, I explained that I have been doing some research of my own and that I had this Essure procedure done and I think this is what is causing my pain.  The doctor looked at me like I had 6 heads and did not even know what the Essure procedure was.  When consulting with the OB/Gyn on call she said that if the coils were a problem then it would have been recognized on the sonogram and fluid would be present in the area of the uterus that does not usual show fluid.  After I showed her a story from this website on  my phone she then began to understand my concern and advised me to follow up with my gynecologist.  I am not going to give up until a doctor agrees to have these coils removed.  I know my body and I honestly think that these coils from the Essure is what is causing my pain.  These stories have given me the courage to stand up for myself.  I will let you all know how my story ends.  Thank you! 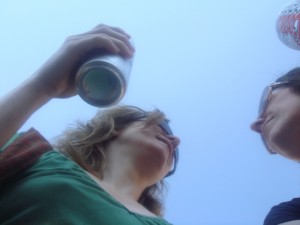