I will give you guys the short story since I had essure. My youngest was born in Feb 2011, I was talking to my dr about serializations. After a long talk she referred me to Westside Womans in Arvada Colorado. I when there and the dr was pushing for essure I caved due to I just really don’t want kids plus he really didn’t want to do anything else. The dr when on about how there is no risk and how I shouldn’t listen to the girls on the internet and I can go back to dancing and act like nothing happen. I said” I do have ovain cyst” he said “wouldn’t do anything” fine just cause it wasn’t going any wheres and I didn’t want kids anymore plus didn’t think the FDA would approve are lie about a product. Well we set a date. Things in my home life wasn’t “prefect” so I was rarely around a computer so I couldn’t see what was on the internet are doing any kind of research so I put it out of my mind. The date came and I had all kinds of bad feelings but pushed them a side. He started to do the the whole thing and the whole things hurt a lot I was screaming I told him to “stop.” He said “ I cant stop your are just a pussy to pain and cant deal with it.” so I just listen to my music and cry in pain in my friends car after the whole thing was over. The pain just keep getting worse. I haven’t dance since that day. The pain when from my tubes then to the lower back like cramping are contractions plus the perching feeling I have since that day. I had it done my first period I had since I had a very heavy period to the point I needed 20 tampons a day. Then my headaches was so bad I would puke. Then a few months later I started getting a numb feeling ran down my legs. My Dr didn’t listen to me told me it was all in my head but didn’t find it safe for me to work. So I when to look for a new Dr. before I found one dizziness light headiness fogy thinking and unable to remember (I have an Eidetic memory so that was far from normal) and hot flashes all was added to the list of weird things happening to me after essure. I also notice I couldn’t lose weight which was really odd for me. I also had a metal taste in my mouth that I couldn’t get rid of . In 2013 September I had to go to the er due to the amount of pain I was in I had a ct scan which show that my right coil is going thou my tube and was like that since I had it put in my left is still in the right spot the send me to a gyno whom going to give me Laparoscopic hysterectomy to stop the bleeding and remove the coils I have no date set yet I am waiting to hear from my new gyno which wont happen until Monday but from what she has told me I will have it done by the holidays. 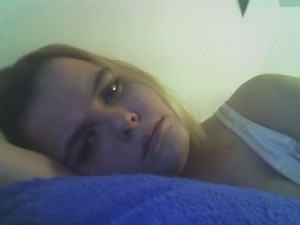