I had the Essure device placed in January of 2011. I remained on birth control pills until July when I had the radiolological dye test done to ensure that the procedure worked. I discontinued the pill once I was assured that Essure was properly placed and it was safe to have unprotected sex.

For months, my periods were sporatic and unpredictable. In February of 2012, I started a period that didn’t stop for 7 months. I was passing clots the size of plums. Every time I used the restroom, I had to clean up after myself because the blood was everywhere.

I was diagnosed with breast cancer in May 2012. I had a bilateral mastectomy and was unable to get around well for several weeks. It was then that I began wearing Depends adult diapers. My doctor recommended that I talk to my Gynecologist about an ablation before starting chemotherapy. My insurance had changed and I was now forced to change Gynecologists. I saw one in my network who did an exam and refused to do the procedure because I had a thickened endometruium and he wanted to know the source of this problem. I called my previous Gynecologist who said that since she had just done a PAP and pelvic in January, it was not necessary to repeat. She sent me to a different Gynecoologist who said that when I finisihed chemotherapy he would do a Hysterectomy. In the meantime, he gave me Progesterone pills. This did stop/slow my period, I saw my oncologist after seeing his P.A. and calling his nurse to ask if this was okay. They both said it was. He was unhappy that I was put on hormones because my cancer was hormone fed. We stopped the progesterone that day.

About 6 weeks after my surgery, I started my 4 months of chemotherapy. I continued to have the bleeding despite my oncologist telling me that ‘everybody’s period stops with chemo’. It took mine 3 months of Depends, bathrooms that looked like Stephen King’s ‘Carrie’ had just left and anemia before my nightmare stopped. My chemotherapy ended October 1, 2012 and my total hysterectomy was performed October 23, 2012. I started radiation on my chest wall November 12.

That’s my story. Oh, one more thing. I married into a family of 4 boys. 3 of us sisters-in-law have breast cancer. One passed away in September of this year. She too had Essure. 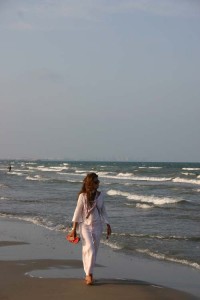