Hi my names is Stacie, I am a 35 year old mother of two wonderful girls. My story is a bit different but seems to have the same results. I had my Essure put in about 3 months ago. I did have an iud and never had a problem. The reason I had to switch was due to a diagnoses with breast cancer in January. Even though I am a triple negative breast cancer patient the doctor still wanted it taken out shortly after my double mastectomy. After having the essure the bleeding started right away and was very heavy and painful .I can not even describe the amount and size of clots, that alone is very very scary.  I have contacted my doctor about it and he prescribed Tranexamic to help with the bleeding. Even with the medicine I start to pour at any given second. Due to this intercourse is out of the question. I have also gained a significant amount of weight over the 3 months even though I am now more active. I already feel broken and unsexy without this complication. I want to help any women avoid this at all costs. 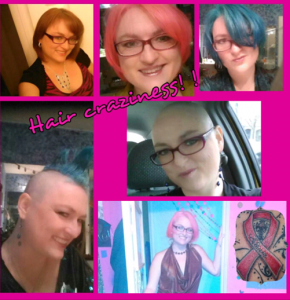