Hi Everyone! My name is Yvonne and I am a 30 year old mother of 6 beautiful and amazing children and the wife of the most amazing man I have ever met. When I decided to have Essure it was after my last child who is now 8 months old. I chose to get the procedure over my husband getting a vasectomy because 4 of the children are mine only 2 are his. In the event of my death or a divorce I would want my husband to have more children. I on the other hand am completely satified and would not want anymore children with anyone ever! I love children but 6 is more blessings than most are ever given and I want the best time with those I have. I always vowed to not have any more children past age 30 and I have stuck to that. I had my last child on May 1st 2013 and I knew even at the time of conception that I would not want anymore. I actually didn’t want anymore after her brother that was born 2 years before her and had gotten Depo and was prepared to get Essure. Fortunately my husband talked me into waiting and we decided on trying for a little girl. After my 6 week check up I immediately scheduled my Essure procedure. It was scheduled for June 27th! 3 days before my 30th birthday! Best birthday present ever!!! (Well that’s what I thought at the time.)

The morning of my procedure I couldn’t have been more happy, wide awake and cheerful. I went in for the procedure, my Dr. Asked me one last time if I was sure I wanted the procedure because I make beautiful big healthy babies and I assured him nope I was ready for this no more babies was my calling! (I still believe I don’t want anymore children ever) The procedure was so fast. I was awake at the surgery center and didn’t feel a thing when the Dr. inserted the coils. I couldn’t believe it was that simple and wonderful! I hardly even spotted! I left soon after signing the release and was basically just told to come in for any abnormal bleeding, fever etc. all the norm they tell you. As my Dr. Assured me he has never had an issue with inserting Essure just one time a lady had one tube that wouldn’t take the coil for insertion I thought since he got mine in I was all good. I was told to come in 3 months later to have the HSG test and I planned to do that. However getting our State medicaid insurance I was later told at my renewal that I no longer had coverage so I never made that appointment.

A few weeks after my insertion of Essure I noticed the changes. 1st and biggest was the change in my period. Never before had I ever had period cramps, breast pain, low back pain etc. Now I had it. Along with all of that I had more bleeding than ever before! I would soak through a tampon and a pad in an hour and a half tops! Tampax brand super soakers! My husband was immediately horrified and was the first to say ‘I think somethings wrong with you’. Still i just brushed it off. Eh change in periods which can happen with any birth control. In my opinion no big deal. What I was not o.k with is the toll on my sex life. Even with 4 children my husband and I would have sex nearly every day (except while pregnant with my daughter I never wanted it) We had amazing phenominal sex and it’s one of the biggest things that I think bonds us. Not everyone has that with a partner we just blend together perfectly. Suddenly I no longer want sex it hurts, I bleed after and it feels like it’s smashing organs inside me. Even worse I can not achieve orgasm. My husband fortunately knows that it has nothing to do with me not wanting him but still the lack of sex will take it’s toll on anyone. I worry that he will find someone else and satisfy his need anywhere else.

I also had noticed that I began having lots of vision problems, dry eyes, unable to see without squinting and also speech problems. Slurred speec and unable to think of the words while talking and also being unable to make eye contact while talking to people. It’s weird I know I need to make eye contact but I can’t. Never have I had this problem before it’s the weirdest thing. I actually posted on my facebook that I think I have early onset Parkinsons. I was terrified. Still it never crossed my mind Essure was the problem.

I also began to be very tired. Not a normal run down tired mom tired but the depression kind. I wake up in the morning and immediately I’m counting down the hours until I can go back to bed. All day I feel tired. My whole body hurts and I find that paperwork is hurting my hands. I’m thinking ‘wow am I that lazy since computers that I can’t even handle a little handwriting?’ My legs constantly itch I haven’t shaved my legs in only God knows how long because it makes them even redder in my thighs and the itch is unbearable. RLS (Restless leg syndrome) has began keeping me awake almost every night. I used to love back massages but now I crave leg massages because my legs and lower buttocks are so restless and a weird deep inner pain. Can’t be Essure ‘Hey maybe that Fibramyalgia stuff is real but no way am I going to a doctor with that claim they will think that I’m nuts just like I’ve always thought people that have ‘Fibramyalgia’ are lazy and making it up.

I have a wonderful red rash across my cheeks now since having essure. Could it be Lupus? Have I mentioned the horrible bloating and Gas? The doubled over pain and actually feeling myself ovulate? I didn’t even know that you could feel pain from ovulating and brushed it off as gas pains. The gas I have is so foul. I can literally pass every 2 minutes or more often on some days. They smell bad enough an infant makes a sick face when they catch a whif. Still I brushed this off as i need to eat a better diet. No more cabbage or occasional soda for me and those few beers I had with my brother when he came home for Christmas must have really did me in. I found myself with such bloating and pain that I finally got online and entered my syptoms. ‘Cancer oh my gosh I have got ovarian cancer I’m going to die.’ I kept it quiet to myself for a couple of weeks and started preparing my husband on how to survive without me. How to make the kids favorite things, how to get the bills paid, the contact numbers for all our cable, cell phones etc and how to notify that I’m dead but he’s willing to take over. I literally thought I was going to die and also believed I had no insurance. One night in particular I was in the worst pain I’ve ever been in my whole life. I had my husband putting all his weight on my back but nothing helped. Labor would have felt like the world greatest orgasm compared to this pain that night. I was awake til nearly 6 am that night and researching everything. I don’t know what I finally came across but some how found that many other women were having problems with the Essure that seemed to fit what I was experiencing. The next day I went to the hospital and was told I had an ovarian cyst that has collapsed. ‘hmmm never had one of those before’ Fortunately I found out I was given an extension for my Badgercare insurance. Now I made the appointment for HSG test and will see what the Dr. Says.. Either way I am going to push for a hysterectomy to get them out!!! 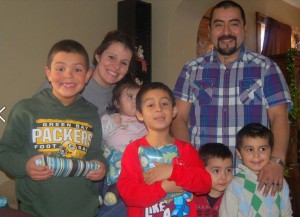