I am 27 and mother of 3 handsome little boys. I knew I was done and decided to go through with sterilization. I was all for tubal but my doctor said that the Essure was a great way to go because there was no surgery and that the down time was a few hours-a day. I didn\’t do my research as I trusted my doctor. I had my son July 16, 2013 and had the procedure done August 22, 2013. He had informed me there would be some discomfort and probably some light spotting.

Three days after, all hell broke loose. I started bleeding heavily, migraines kicked in, and I was having some really sharp stabbing pains. The pain was so bad, that I would wake up in tears. I called my doc and all they did was prescribe me pain killers. I was taking those every 4 hours and ibuprofen every 6 just to help keep the pain in check. Three weeks later, the bleeding became even heavier and the pain worse. Called my doctors office a second time, more pain killers and estrogen to help with the bleeding. I was given 2 weeks of the estrogen and was told that after the 2 weeks my bleeding should be done with. Still with the pain killers and ibuprofen. After 2 weeks of estrogen my bleeding stopped! I was so happy, thinking that there would be an end to this! Still having the pain though. Two days later, my bleeding started back up with a vengeance.

Here I am almost 7 weeks post-procedure and going through a super plus tampon every 2-3 hours. Still on pain killers. Yet, now I don\’t have insurance so there is nothing that can be done because I don\’t have the funds. I have mood swings and can\’t function daily due to the pain. I have 3 boys I can\’t do the things I used to be able to to with. No swimming, no running around, no wrestling. It\’s not only taken a toll on me, it\’s taken a toll on my family. I hope that one day I can have these things removed. I hope that one day I can be myself again. I hope that one day Essure will be off the market and won\’t be offered anymore. I hope that women listen to the stories of us women who have gone through hell and change their mind about getting this done. There are so many different forms of birth control out there, just don\’t choose this! 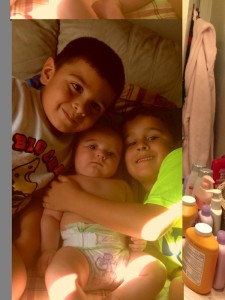