I had the Essure procedure done in May 2011 in my doctors office. I returned back to work on Monday. I did not have any complications the first few weeks after having it done and only had slight bleeding occur the day that I had the procedure done. It had appeared I had made the right decision for birth control after having 3 children. However a few weeks after returning to work I had severe pain occur in my lower abdomen. So severe that it caused me to go down to one knee. The pain only lasted a few minutes. But during that time I had passed something that I was unable to determine what it was.

I immediately called my gynecologist and explained to his nurse over the phone what had happened. Later she told me the doctor said not to worry about it.  A few days later I began what appeared as a normal period. I bled for 2 months until my dr finally gave me birth control pills. After only taking the pills for a week my bleeding stopped and I had a normal period for 3 months. In January 2012 8 months after having the Essure procedure and 10 months after the birth of my 3rd child, I took a home pregnancy test. Today I have a beautiful happy 11 month old baby boy. I wouldn’t take anything for him! 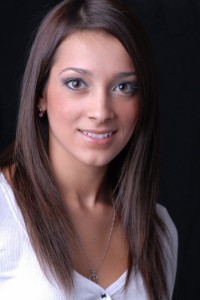