My name is Ashley Padgett, from Tuskegee, AL.  I had my first child in May of 2010 and then diagnose with Multiple Sclerosis in December 2012. So my decision to get birth control was being seriously considered. I got essure birth control assure on December 2013.  Not even a year after I have feeling pain, rashes, and breakouts. Because of the diagnose of MS disease, I thought the change to my body was due to that, the medications.  I have bumps as big as golf ball, rashes turn into sores, and pain in my lower back that I take at least three 200mg of pain pills a daily. I went and g still going to doctors’ appointments. 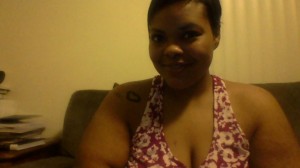 One thought on “Ashley’s Story”