So let me start off by saying thank you for listening to my story. I’ve been trying to find someone to listen. I had the Essure procedure done in 2008. I think it was March or April of that year. I was working full time so when I went to my gyno to see what my options are after my forth child turned 3, he told me about a fairly new procedure called Essure.

I never heard of it be for so he explained it was simple. I just took a pill the day of the procedure. He did it right in his office. There was no pain and recovery was 2-3 days which was great news being I had weekends off and could go back to work come Monday if I got it Friday.

I asked all the questions about side effects. He said there has not been any problems they knew about and he told me how the procedure is done, so I did it. It was great because there was no pain and I felt normal then.

When I was finally able to have sex again there was pain! For the next 4 months I tried to avoid contact with my spouse as much as possible because it seem to feel worse than it was before. Then I got my period that month and the cramps where unbearable, probably the worse cramps I’ve ever had. I couldn’t get out of bed because the cramps hurt.  It was worse when I was standing. That went on for about four days and my period was gone. I thought no big deal because it is a period. I was wrong because next month came and I got my period but this time with very heavy bleeding and pain just as bad as the previous month. This lasted for a week.

I’ve never had a period longer then 3 days other than when I’ve had my kids and the previous month. The day after I stopped bleeding. I started spotting and the cramping was back that lasted two weeks and I thought something ain’t right so I called the doctor. He said it would be fine. I had no worries because it stopped for one day.

Unfortunately, my period was back heavier than before so I decided to get a second opinion. I went to a very well recommended gyno in my home town. She had not even heard of the procedure, so she said she did vaginal ultra sound on the spot she knew something was not right.

She looked at the ultra sound. She explained  to me with a drawling where my tubes were and how they were punctured. My uterus was punctured on both sides and she said she could take my tubes and the metal out. She noted however that if the problem continued after a partial hysterectomy, my uterus would be removed entirely. 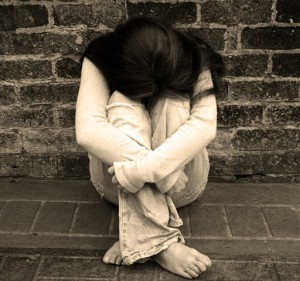