In November of 2011 I had the Essure procedure done because my doctor suggested it over tubal. I honestly feel that I was forced but that’s another story. I had the dye test done in January 2012 I was told everything was in place and there was blockage. The doctor told me that I don’t need to do any other form of birth control.

In February 2013 I found out I was pregnant. Before that my periods hurt so bad I was in bed a week and couldn’t take care of my three children without help. Now being pregnant I have horrible pains in my sides all day. The doctor refuses the idea that we can take the coils out after birth. He says there is no way with out removing everything else out too. I am due October 2013. I have heard so many bad stories that I am frightened something will go wrong, and my doctor is less then reassuring. He refuses to see if the coils are in place to make sure nothing would go wrong. 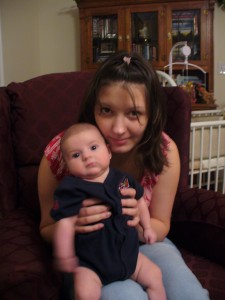