I had the Essures inserted in 2005 after an ablation due to severe menses.  From the time the Essure was inserted, I had severed left lower quadrant pain.

I had multiple doctors try to figure out reason for pain (from urinary specialist; gynecological-urinary specialist; multiple gynecologists; and general surgeon).  I had exploratory surger May 2008 with questionable nerve damage, uterine prolapse, hernia, or cysts.  Nothing was seen in exploratory surgery.  Surgeon said he suspected a nerve bundle was possibly being hit by the by Essure causing pain.

No relief was found and continued to have ultrasounds while followed closely by a gynecologist and urologist.  Finally, with no other options, gynecologist decided hysterectomy was only choice so was completed in May 2009.

Gynecologist who inserted Essure in 2005 gave me no other choice and no possible side effects discussed.  I feel I still have some residual damage on the left side from these Essures because I still have pain on that side that cannot be explained.  I switched gynecologists as soon as the LLQ began and he seemed lost. 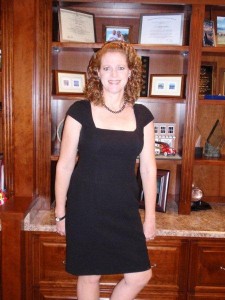