I had my 2nd son in April 2008, after his birth I decided to go with the coils after my doctor insisted and insisted. About a year after having the procedure I started having sharp pains in my left side, just above my hip. After a few months I went to my OBGYN and was told it was not likely to be the coil causing the pain. I can feel a large lump in my stomach while lying down and on a daily basis walk around feeling like I have a baseball inside of me. The pain got worse over the next year or so and went from just random sharp pains to stomach achs that would knock me over where I stood! In the past 2 years the pain has got to be so much that I cant function for days and being a mother of 2 young boys its hard to be in bed in pain for days at a time. I am also so tired all of the time and have gone from being a out going happy person to having no energy and ready for bed before the sun goes down.  I now have a new doctor who contacted me and has refurred me to a doctor who I will see asap. I am afraid of what he will tell me, I do not want to have a Hysterectomy due to the fact that I am only 30 years old and am unsure of the side effects of that but need to do something to get my life back. For so many years I have waisted time and money going to doctors who tell me the same thing everytime ‘everything looks fine’ well everything is not fine, I know my body and everything is not fine. 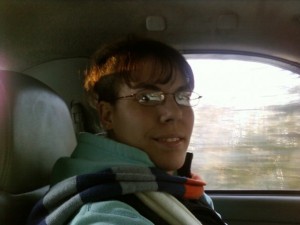