I had Essure done in 2008 and since that time have had numerous problems and thee trips to the emergency room. I had severe headaches, extreme nausea, stomach pains, fatigue, leg pain, unexplained belly weight gain! I had anxiety  and hot flashes too. I have no insurance so the few times I have been to doctor they don’t know what’s wrong. I have no money for further testing.  I also had painful intercourse and infections. I just want these things out of my body. I feel helpless and clueless of what to do. 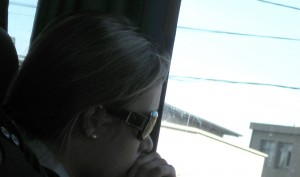