I had my first child when I was 30, my second child in February, 2012 at the age of 32.  I have been healthy my whole life, and both pregnancies were text book perfect as well as my labor and deliveries.  During third trimester of my second pregnancy, I was discussing getting my tubes tied with my Dr.  He discussed some forms of permanent birth control with me, including Essure.  He stated that Essure was a form of permanent birth control that was covered by most insurance companies as it is done in the Dr.’s office, cost is much cheaper than getting tubes tied, and the recovery time was much less.  He gave me a pamphlet and suggested that I think about what I would like done and we could discuss it more after my son was born.

I read the pamphlet from front to back, looking at every little detail, every little writing, and did some research online.  I was satisfied that Essure was for me.  It was covered by my insurance and my recovery time would be a day or two (and as a working mom with a toddler and a newborn at home, that was the selling point for me).  I even consulted a family member who is an OB/GYN out of state and she thought Essure was safe enough.

Five weeks after my son was born, I had the Essure procedure done at the Dr.’s office.  They put me under for the procedure, and within an hour, I was on my way home.  I experienced mild cramping the rest of the day, and minimal spotting, as my Dr. had advised me.  By the next day I was feeling well.  For the next three months my husband and I continued to use other forms of contraceptive, as directed by my Dr., and on July 10, 2012, I went to a fertility clinic to receive the follow up test; dye inserted in my uterus to see if coils are blocking my fallopian tubes.  The nurse performing the procedure stated that all was well and that the coils were properly in place and the dye was blocked.

On August 9, 2012, at about 7:00 am as I was getting ready for work, I suddenly had a sharp shooting pain in my side.  It  hurt to the point where I could not move or walk and I laid in bed for most of the day.  I just assumed I was badly constipated so when my husband asked me repeatedly if I wanted to go to the hospital, I told him no.  I attempted to use the restroom once, in which I fainted and my husband found me on the floor of our bathroom.  Finally, at about 3:00 pm, my husband said he was taking me to the hospital.  I tried to walk, with him holding me up but ended up fainting twice before even getting to the front door.  He had to call 911 to transfer me by ambulance.  They took my blood pressure and found that it was extremely low.

Once at the hospital, and after performing a blood test, it was determined that I was pregnant.  They performed an ultra sound as I told them that it was impossible for me to get pregnant.  It turned out that I was in fact pregnant, that it was an ectopic pregnancy, and the sharp pain I felt earlier that morning was the pregnancy rupturing.  I was fainting and had low blood pressure because I was quickly losing blood from the rupture.

My OB/GYN was called to the hospital to perform an emergency surgery.  It was determined that the coil in my right fallopian tube had shifted, causing my pregnancy to occur.  My right fallopian tube had to be removed as it was badly damaged from the rupture, and the coil in my left fallopian tube had started to puncture my uterus, which he also removed and ended up “burning” off my left fallopian tube.  I had to get a blood transfusion because I had lost 1/3 of my blood.  I was in the hospital for only a night and felt fully recovered within a week, but we were quickly surrounded with medical bills and I found myself on an emotional roller coaster for the next few weeks.  While we were not planning on having more children, the fact that I had lost a pregnancy, and my two small children almost lost their mother was enough to upset me.

While I haven’t been in pain or experiencing migraines for months or years, my case was near fatal and I have tried to persuade others to think twice about the procedure. 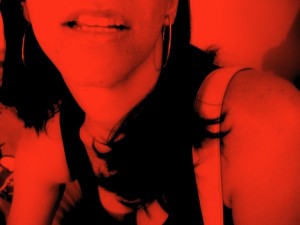