My experience with Essure begins in 2008. I am one of those women who can’t tolerate any type of hormonal birth control without getting deathly ill. I was considering a tubal ligation, but my OB/GYN (who I have been going to since I was 17) suggested this new, amazing procedure that would give me the results of the tubal, but was far less invasive and had a 24 hour recovery. I booked the appointment before even checking if my insurance covered it (which they did) – I was so excited!

The procedure was not horribly painful itself. I remember it feeling more uncomfortable than anything. I was sent home with some mega ibuprofen, and told to rest for the remainder of the day. The next few days were full of painful cramping, but I figured ‘hey, I had a baby! This is nothing!’ and toughed it out. I spotted and cramped for about a week- all which the Dr told me was normal, and to just take more ibuprofen.

I was off and on with a dull, achy pain for the first month, until my period came. It was excruciating. I felt like I was being stabbed repeatedly on the bottom sides of my abdomen. It was so bad that I had my boyfriend take me to the ER. I was convinced I was internally haemorrhaging or something. They did an ultrasound, a urine test, and a blood test, and assured me I was fine, and gave me some sort of painkillers. They couldn’t find anything wrong with me, but told me to go see my OB/GYN if I was still in pain the next day.

My OB fit me in the next morning, and I said I think it’s the coils that hurt. She said there was no way. She had ‘NEVER’ had a patient have any issues like this with the Essure procedure. She suggested that I might be ‘over-reacting’ to the ‘natural pain of the tubes healing’, and gave me more pain pills. I was livid at this point. I have an extremely high pain tolerance- and for me to say something hurts, well then it really HURTS! She sent me home and told me to put a heating pad on my belly, and reminded me of the HSG appointment.

The pain got more tolerable, and went back to a dull ache after my period ended. The HSG appointment went fine- the tubes were fully occluded, and my Dr declared it a successful procedure at my follow up. I told her that I still felt an overall ache, and my periods were now completely debilitating. She told me it had nothing to do with the coils, and that I just wasn’t used to the feeling of cramps ( did I mention, that up until these coils, I had never had a period-cramp before?) and I ‘d be fine.

So 4 years later, and I have lived with the cycle of dull belly pain when I’m not on my period, and most of my periods now completely shutting my life down. In addition to the pain, I have this weird metallic taste that comes and goes, my abdomen will swell up and stay puffy for no reason, strange bouts of dizziness and fatigue, nausea and a stabbing pain in the bottom left of my belly whenever I have sex or exercise. I went back to the ER earlier this year due to the stabbing pain on the right. They did an ultrasound (external and internal) every fluid test you can imagine, and a full CT scan of my abdomen. They originally thought it was my appendix, but it was fine. They were mystified- saying that everything was perfect – I was one of the healthiest people that they have seen. Once again, sent home with pain pills, and the feeling that the doctors think I’m crazy.

I decided to look into this myself, and I’ve since switched to an anti-inflammatory/paleo style diet, which has helped immensely, but the stabbing pains still come like clockwork every time I have my period. For years, I have thought that I was the only person having these problems, because the regular doctors make you feel that way! I’m so glad to have found this site and others. I never in a million years would have thought these things had nickel in them. My doctor definitely didn’t ask or tell me anything about that. I have always had nickel sensitivity, and these symptoms match perfectly to an allergic reaction. I was horrified to learn that the FDA allowed them to take the nickel warning off of the instructions due to the ‘rare number of reported incidents’.

Apparently, it is too difficult for these doctors or companies to type ‘essure side effects’ into google, and see the hundreds of women begging for help. My only option now is to get these damn things removed, so I can live pain-free. I’m tired of being made to feel like I have to just accept these side effects and live with them. 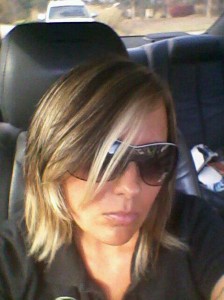