My name is Jodi and I had this procedure done after the birth of my second child in late 2012. The actual procedure was done in spring of 2013 after recovering from the C-Section and taking the preliminary birth control shot they give before the Essure process. The doctor informed me this would be a quick and simple process that would take no more than 15-30 minutes and I would be in and out of his office in that time. My particular procedure took nearly 3-4 hours because the doctor ‘messed up’ and had to correct. Was never given the details of his error or why my particular procedure took so long other than ‘there were complications inserting the device on one side’.

Since the procedure my menstrual cycle has been increasingly erratic and much more heavy. Some days I feel great, many others I feel like I have a terrible case of the flu. I am ‘down and out’ more than I am ‘up and at ’em’. I get terrible abdominal pains and headaches (not necessarily simultaneously) as well as terrible pains in my back and sides, down my legs and more. My sex-drive has decreased immensely (from sometimes twice a day to once a month or bi-weekly). Sometimes intercourse is even painful. Aside from the aforementioned, I have gained weight (I stand just over 5 feet tall and have never weighed more than 105 until after the essure procedure) but my eating habits have not changed since high school. I have…or at least used to have a metabolic rate of infinity (lol).

I called my Primary and spoke with them about my symptoms…without coming in for examination or having blood work done (which I just obtained a prescription for from my PA to find out definitively) the RN told me it was ‘definitely menopause’. I am only 33 years old. I am aware of course that everyone’s body is different, but wouldn’t I have experienced pre-menopausal symptoms before entering the stages of actual menopause? I am anxious to have my bloodwork done to find out. Of course, after being told this I sought alternate opinions from physicians and friends/family and they seem to think the majority of my symptoms have stemmed from the Essure rather than menopause, albeit the symptoms are similar.

My husband and I have been doing some online research – hence we came across your site. In reading many of the other stories posted here, we are pretty convinced that it is the essure that is the root of my pain and sickness. My husband has been saying this since the symptoms had started – which was almost immediately after I had it done. He is 1000% convinced and has been since. Personally, I redirect the blame to something else (I over-exercised, ate too much, did too much cleaning, lifting heavy things, etc) because I am not one to complain and can normally handle pain very well. This is different. It is beginning to effect other parts of my body as well (sciatic pains, etc – no need to list, I am not normally one to complain either).

Anyway, in summary, I feel I have also been adversely affected by the Essure Procedure and I do not want this last a lifetime. No one seems to want to help me though. In our research we have found that the procedure is reversible, but it is expensive and might not be covered by my health care provider. We haven’t really looked into that part of it very much yet. It has just reached a point now that I feel as though my body is reacting to these metal coils inside me and it is telling me there is something inside my body that does not belong. I should not have listened to the doctor and should have just had my tubes tied while they were already inside me during the C-Section birth of my last child. 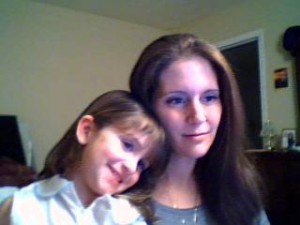