I have a brain aneurysm and with each child I had, I was risking my life. After my third child my high risk ob/gyn suggested I look into getting  my tubes tied And referred me to another ob/gyn   who suggested essure.  There were no warnings about any possible complications or side effects. I was finally losing weight with ease and getting down to my ideal weight. So I got essure and despite my efforts of diet and exercise three months later I started to get bloated I didnt gain weight but didn’t lose weight so I exercised harder. A year later I got so dizzy I was in bed for two weeks. The doctor who checked me said it must be a virus. My periods stated getting heavier and more painful. I began to be constantly constipated. So to help my body I changed my diet to only whole foods. Nothing processed.  My migraines started to occur every day I made sure I had plenty of water and healthy fiber but I was still constipated so I turned vegan.  Despite the diet change I had migraines every day with chronic constipation. My periods started to get irregular and longer lasting 7-14 days. I had no energy and aching bones and joints and extreme cramping on a daily basis. I couldn’t lose a pound of weight and started  gaining. I got a rash on my elbows, back, and belly button after trying every cream I went to s general doctor who said I have an allergy to something and I was diagnosed with asthma and high blood pressure 140/110 and the blood test showed I am healthy  He suggested I get a blood pressure monitor. After a couple months I did and checked my blood pressure which was 170/120. I got a new general doctor that put me on blood pressure meds and did some blood tests that showed I am healthy still but I have mono And a swollen ankle.  I now have a cardiologist that says I am healthy but I have high amounts of inflammation      which ironically comes from essure!!  He said you need it taken out and probably have toxins from the coils. I begged the ob/gyn that put essure in to take it out And she said she felt that would be ethically wrong for HER!  I am now scheduled to get a hysterectomy with a different doctor to finally get essure out which is the only safe and effective way to do it.  Essure has ruined my body and put me in a lot of hell I have also had depression and anxiety from essure. I am only 32    but I will speak out against a product that scars a woman from the inside out!! 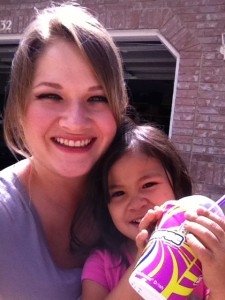