I thought I did my research. My fiancé and I planned on not having children. Regular birth control pills did not help me; the hormones in them cause my cycle to really go out of whack. So I found the Essure procedure and thought “GREAT! No surgery! No hormones!” I had the procedure done in May 2008 while I still had medical insurance. I lost my job a month later and was never able to go back to have anything checked.

Things were okay, or so I thought since I didn’t end up pregnant. That would have been the least of my worries. Since the procedure, I had near-constant nausea for over a year afterwards, my period has become extremely heavy with clotting, pain during intercourse, mood swings and irritability, sharp stabbing pain in my pelvic area (not only during ovulation, but before, during and after), migraines, weight gain, facial hair growth. The pain is the worst I’ve ever felt in my life. When I tried to explain it to my fiancé (now husband), I told him “it’s like someone is stabbing you, scraping the inside and it doesn’t let up and nothing alleviates it”. I’ve tried many different types of prescription pain killers. None have worked and not one has even taken the edge of the pain away.

A few years ago I emailed the company about possible side effects because I thought maybe there WAS nickel in the coils since I have a nickel allergy, though my previous research in 2008 didn’t come up with anything. The email I received told me that there wasn’t anything but medical grade materials, no nickel. It sort of reassured me. Unfortunately, I cannot find this email any longer. Recently, after one seriously painful cycle, I began looking up Essure side effects. Many women have had “post-tubal ligation syndrome”, which most of the symptoms describe my symptoms. Up until this year, I haven’t had medical insurance to even see a doctor about these issues, barring one ultrasound that couldn’t find anything. There are a few clinics that do reversals, not just removals of the coils. I want my Fallopian tubes to be functioning properly again. One clinic is in Florida and the other is in North Carolina. The price tag of course, is around $6000.

Today, I found Erin Brockovich’s petition. I’ve signed it and will be campaigning alongside her and other women regarding the serious side effects of the Essure procedure. I am so glad I found the petition and I hope Conceptus listens to us. 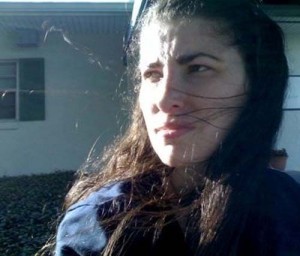