After giving birth to my only child in my mid-thirties, I had the IUD Mirena inserted into my body.  That device mysteriously dislodged and I had to have my OB/GYN remove it.  It was only in my body for 9 months.  I suffered no harm from it other than the hit my wallet took for wasting all that money.  So I decided that I needed to go another route.  I haven’t taken the pill since I was 30 since I am a heavy smoker, so that was not an option.  Then my OB/GYN told me about Essure.

It sounded great at the time.  I was now a single parent of a 2 year old and knew I could not emotionally handle or financially support another child.  I needed to get fixed for good.  According to my Doctor, the procedure was simple with minimal discomfort and quick recovery.  So in June of 2012 I had the Essure procedure done.

I thought I would be right as rain in a day or two, not so.  I had horrible cramps, tenderness and bleeding for approximately two/three months.  I was an emotional wreak thinking that I had made a terrible mistake.  I contacted my Doctor about having the coils removed and was told that the only way to remove them is to have my fallopian tubes removed.  I was completely distraught.

I kept feeling like I could feel them inside of me, especially when my child would pounce on my stomach during play.  To this day, I swear I still can feel the coils inside my body, but my Doctor says that it’s just my imagination and there is no way I could feel them since they are so small.

I hate the fact that I have a foreign object inside of me that wasn’t necessary.  I don’t think I gave the procedure enough thought concerning how I would feel about coils in me, nor did I do enough research on my own.  I basically trusted my Doctor to know what was the good, bad and ugly of Essure.  Mistake.  At the time of my decision, I was emotionally week due to the stress and strain of caring for and paying for a small child on my own.  Essure sounded like a quick and easy fix.  Had I been emotionally stronger and not so desperate, I may have made another choice.

Today the coils don’t bother me much.  My periods are normal and I don’t have any cramping or bleeding.  I never got the test done after 3 months to see if the tissue created the blockage.  It sounded painful and I just wasn’t up for more pain/discomfort.  I have told other women I know about my experience with Essure and I never recommend it.  Bottom-line, I believe it should be taken off the market.

Thank you Erin for your time, care and concern. 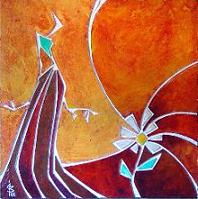