I am 32 years old and had been trying to get my tubes tied since I gave birth to my daughter at age 19. I always knew that I only wanted one child but was unable to find an OBGYN that would tie my tubes until I was over the age of 30. So much for a woman’s right to choose. I took oral contraceptives until I had an IUD placed in 2009. The procedure to place the IUD was very painful and I experienced contractions for the following 12 hours. I had no other complications with my IUD.

After my IUD had expired, I asked my OBGYN to perform a tubal ligation. I was now over the age of 30 and was very excited to FINALLY not have to worry about being told that I was too young for permanent sterilization. The OBGYN offered to place another IUD but I refused and explained to him how much pain the initial procedure had caused and that I didn’t want to experience pain like that again. He began to really push the Essure procedure. He went on to explain that it was virtually pain free and that I would be able to resume normal activities the next day. He explained that it would take three months for my fallopian tubes to occlude. I continued to inquire about the tubal ligation. I also informed him that I had recently been diagnosed with Thrombocytopenia (low platelets). My OBGYN informed me that Essure would be the better choice as there would be no surgery involved. I expressed my concerns about waiting three months to know if my tubes were occluded. My OBGYN explained that with my history of Thrombocytopenia, he would not take the risk of surgery. Reluctantly, I agreed. My appointment was scheduled for Wednesday September 12th 2012.

After my decision was made, I immediately went home and began to Google Essure. I was surprised to find that many websites concluded that the procedure was in fact virtually pain free and side effect free. Many websites depicted Essure to have side effects and pregnancies in low single digit percentages. I felt as though I had done my homework and been advised properly. I became very excited to know that I would never have to take any type of hormonal substance to prevent pregnancy. I was thrilled to learn that the rate of pregnancy was so, even lower than with the IUD or tubal ligation. Finally, I had control of my body and my life!!

My big day had arrived! I was given Lortab, Vallium, and Ibuprofen by mouth. I was also given a Toradol shot. Needless to say, I was very relaxed….until the procedure began. I have NEVER experienced so much pain!! The OBGYN was able to place the Essure coil into my right fallopian tube with ease (well ease for him.)

This pain free 10 minute procedure had been 45 minutes to an hour of pure torture! I yelled out in pain and cried the whole duration of the procedure. I have never experienced such excruciating pain in my life!! I was severely nauseated and light headed as soon as the procedure was complete. My body trembled due to the vast amount of pain and trauma I had just experienced. I knew instantly that I had been misinformed about the procedure itself.

Sadly, much of the pain was not left at the OBGYN’s office. I experienced severe abdominal and pelvic pain for two days. I was unable to stand fully erect. I felt as though someone had beaten my stomach. The pain and cramping resulted in not going to work for the rest of the week. By Friday afternoon the pain was more tolerable. That evening I proceeded to use the restroom when blood literally poured out of me! I told myself that it was normal considering all that I had just been through and that it would pass shortly. Of course it did not. I continued with 3-4 episodes per day of blood literally pouring out of me all weekend.

By Monday morning, I felt as though I had been drugged. I was so lightheaded that I had much difficulty with focus and concentration. I called the OBGYN Monday morning and was given an appointment that day for a perforation work up. I received a trans-vaginal ultrasound and blood was taken for a CBC. The ultrasound was normal and I would know the results of my CBC the following day. I explained the rest of my symptoms to the OBGYN and was told that he had never had a patient to experience those symptoms with Essure. The following day I called to reschedule the routine follow up and blood work with my Haematologist that was scheduled for the following Friday. I thought that my lab work would not be accurate due to the amount of bleeding I had. My Haematologist was very upset that my OBGYN had not consulted with her prior to the procedure. I called the OBGYN’s office three times that day to obtain my CBC results with no response. My Haematologist’s nurse called twice to obtain those results with no luck, I was still bleeding very heavily and unable to obtain the results of my CBC, my Haematologist advised me to come to her office right away for more blood work. I immediately left work. By this point I was extremely frustrated! This ‘pain free, ten minute procure, back to normal activities the next day’ had resulted in five days of missed work!!

Thankfully, my blood work was okay. The Haematologist seemed to think that my body was actively trying to reject the Essure coils which resulted in my dizziness. I bled for a full two weeks following the initial placement of the Essure coils. Once the bleeding subsided, I began experiencing severe headaches and lower back pain.

I was scheduled for a follow up with my OBGYN one month after the Essure was placed. I informed my OBGYN of the headaches and lower back pain. I was again informed that it could not be related to Essure as he had never had a patient to complain with those symptoms. I was at a loss. I began to scour the internet. Surely I was not the only one. I don’t picture myself as a weak woman that can’t tolerate pain. I am woman, hear me roar! I was relieved when I came across a Facebook page titled ‘Essure Problems’ Alas!! I knew that I wasn’t alone!!

Over the next two months, I battled constant headaches that seemed to intensify in the evenings. The lower back pain became more tolerable. I had my HSG on December 20th 2012. The coils were in place and my tubes were occluded. My headaches have become more manageable and the lower back pain has ALMOST dissipated. I am hopeful that the headaches will completely fade away.

After discovering all of the women who have had similar and more severe symptoms, I will forever be haunted by the worries of expulsion and pregnancy. I feel as though I was completely lied to from the start. I fully regret having Essure coils placed. 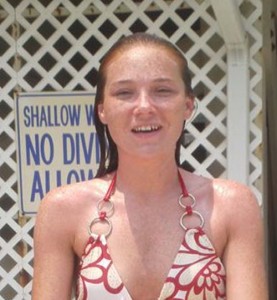