Hello, my name is shelly.i am a 29 year old mother of 3 all of which were unplanned and after a failed iud and vasectomy! After my last baby the dr said I had 2 choices, a tubal or this new thing called essure.so I told him I would do some thinking and let him know Thursday. I knew what a tubal was so I researched essure and didn’t like what I found.so I told the dr no to the essure and lets do the tubal.he asked me numerous times if u was sure I assured him I was.i was on medicaid from the state of florida so the dr said I had to sign a consent form and wait 30 days to give me time to think about my decision. So I went back in 30 days and we submit the paperwork.i got my pre op instructions and dr said I should take the while week off work,I only planned on 2 days off of work so this surprised me. So day of surgery I went to the hospital got poked and prodded and when I woke up from anesthesia I was told it wasn’t done cause a paper was never signed by me!! I mean really, shouldn’t they have checked all this before I was put under? I should have found a new dr then but I didn’t know if i had time to find a new dr before my insurance ran out.so back at the dr office nobody still has mentioned essure.so the 2nd operation was successful, or so I thought.when I woke up I looked for my incisions from the tubal and couldn’t find them which I thought was odd.but I was tired from the meds and just wanted to go home.when I got home I was reading all my preop instructions and out fell a card with info on it about model numbers and such.then it hit me OMG my damn dr put in those coils even after I said no! I still have my copper iud in my uterus which caused my 2nd child why the hell would I have agreed to have more metal put in my body when it didnt work the 1st time…so here I am, begging for someone to take me seriously.my dr has refused to even speak to me after I went into the office and asked for my consent papers to the essure.i have contacted a few lawyers and asked to sue but nobody will help me until the coils cause actual bodily harm.so I wait until they lodge into my uterus and join my copper iud?  I have constant headaches, tired all the time, my menstrual cycle is hell for almost 3 weeks and everytime my husband and I have intercourse I get an uti, im over this and want them out…please help us women 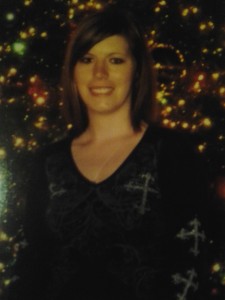