I tried an IUD but it fell out twice. When they finally got it in place I bled for 6 months straight. So in November of 2008 I decided on going with Essure since I did not want to have surgery to have my tubes tied. I lived in a small town in Minnesota at the time called Owatonna. I was the first person to have the procedure done in the office with only local anesthesia- the Mayo Clinic monthly flyer even did a story on me. During the procedure they had a bit of an issue putting in (I believe) the left side, but I felt no pain during the procedure and everything seemed great. I had my 3 month checkup and all looked good.

In about June 2009 I began having a lot of cramping around my cycle and began having small blood clots with my cycle. I moved to Florida in July 2009 and in about December  the cramping was constant not only around the time of my cycle, however at this time it was 100 times worse. I was in the ER several times, went to see my doctor several times- all they could say was it is probably cysts.

I started to do some online research and ran into Aphrodite.com which is a blog site where people talk about medical issues and there was a long discussion about issues with Essure. Many of them sounded like mine and I found out a few people were able to have them removed. I made so many calls to different doctors for the removal. I finally found one in Clearwater Florida (about 40 mins from me) which removed the Essure. I made an appointment and went in for a consultation, they explained the surgery to me and I scheduled it as soon as possible.

In April 2009 I had the Essure surgically removed (surgery- which I was trying to avoid from day 1). The day after my surgery I was no longer in pain- it was like a miracle. My menstrual cycle was still very strong however I had no more excessive pain or clots. About 6 months later the clots and pain began again. I have been dealing with it for about 4 years- as the years go by the clots have gotten bigger and more painful.

I believe all of these issues come from the Essure. I really hope something is done to help us all out because there are so many of us who have suffered from this procedure. I spent several thousand dollars to get the procedure done and than several more to make my pain and suffering go away. 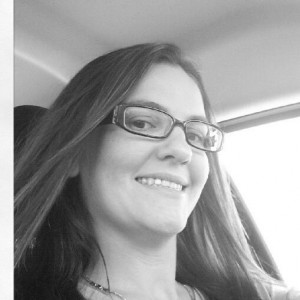