I had the essure procedure in August of 2011. I noticed within a couple of days that the pain and heavy bleeding was not getting better. When using the restroom one day I noticed on my tissue the essure coil. My body had rejected one of them. I went to my doctor and she scheduled me for a tubal ligation. A year later my pain was unbearable,  with cronic headaches, bleeding, pain during and after sex with my husband ans more.  I went to see my obgyn and they discovered during an ultrasound that the other coil had moved and was now lodged in my uterine muscle. The doctor did nothing but give me birth control for pain and discussd the option of removing my entire uterus at my expense. I have not been back and continue to live with these symptoms.  The doctor refuses to admit their error or blame the essure. I’m hoping this testimony will encourage anyone considering the essure to explore other options. 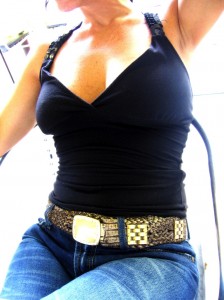