I gave birth to my 3rd daughter in 2008.  Because of my age (39), I elected to go with Essure vs the pill because of health risks associated with the pill.  At that time, I could find no negative research on Essure and my gynecologist assured me Essure was safe.  Since 2008, I have suffered from debilitating migraines (amost always during my menstrual cycle).  I’ve had the MRI’s, CT’s etc and of course, all looked ‘great’!  I’ve taken everything that can be prescribed for migraines and NOTHING has worked.  The migraines are the major issue however now I’m wondering if other health issues could be all in thanks to Essure!  I have had problems with large, painful boils on my buttocks.  One actually developed into a cyst and had to be surgically removed!  I underwent a colonoscopy, but no answers were found… I still have problems with these boils and now, I’m terrified each one could develop into another cyst.  I’ve also noticed I have little to no energy, have trouble with my word bank and memory and at times, severe abdominal cramps as if a knife is ripping me into.  I also experience nausea with the migraines.  The last two months, my migraines started with extreme dizziness which worsened.  Before having Essure, my cycle was 3 days and very light.  Now it is 6-7 days and extremely heavy.  I’ve thought this entire time it was just my age and something all women go through!!!  My husband is so concerned with my health, to the point he gets very frustrated, which leaves me feeling like it’s my fault.  These health issues rob me of so much time with my family, it disgusts me that it could be something the FDA approved as perfectly SAFE.  If you are thinking of using Essure as a form of birth control, I urge you to find another form!!!  It isn’t worth the risk!  Now, a question to others who have Essure:  what are the risks of having it removed and will the same insurance which paid to have it placed, pay to have it removed???? 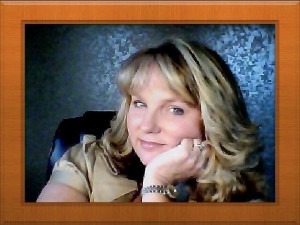 One thought on “Deborah’s Story”