In August of 2003, I was diagnosed with ITP (Immune Thrombocytopenia Purpura),  a rare low blood platelet disorder. Leading up to this diagnosis, I was beginning to have abnormally heavy menstrual cycles. Once diagnosed with ITP, I realized this was a very common occurrence with ITP in women.

I would complain to my OBGYN of how heavy the cycles were. In 2012 my OBGYN who was very familiar with my health., one day she asked if she could have the phone number and my permission to discuss something with my Hematologist in regards to this.  I agreed.

What was discussed was a procedure called Nova Sure (endometrial ablation) since I was no longer considering to have children.  This would help stop the heavy menstrual cycle. It could completely stop the bleeding or as maybe in my case with ITP cause light bleeding. I agreed to the procedure, ecstatic that there was a possible solution. What my OBGYN convinced me to do in conjunction with this procedure was Essure.

Being headed in the direction of the onset of early menopause, I agreed to this procedure as well. Two years ago in 2014, I started having horrible cramps when it would be the onset of menstrual cycle. I had all of the symptoms, with little to NO bleeding at all. Along with these horrible cramps I also experience unbearable joint,  muscle and bone pain in my legs above the knees on the outside area of the legs.

It feels like someone is stabbing me all the way down in my joints, muscles and bones in both legs. The cramping in my cervical/pelvic area would and still does happen when I get my menstrual cycle. Though now I’m in menopause, my menstrual cycles are less and less. But when they do come they are extremely painful with the cervical/pelvic cramping and joint/muscle/bone pain. I do suffer also from extreme fatigue when this does happen.

Seeing now all the faults and bad cases of Essure in women, I wish I never agreed to this procedure in the first place. In December 2015 I had my routine pap smear test, and I asked the Nurse Practitioner who was performing this test, if the cramps and leg, joint, muscle and bone pain was normal in menopause. I continued to tell her in 2012 I had Nova Sure + Essure done. She stopped and casually said, “we are finding out a lot of women are having these side effects post  Essure procedure” and proceeded to exit the room quickly. 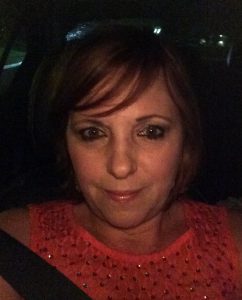