After I had my son, my husband and I decided that we did not want anymore children. I have a daughter of my own, he has two sons and we had a little boy together. We figured 4 was enough! So I talked to my doc about getting my ‘tubes tied’ he said that they really dont do that anymore and suggested Essure. He explained the whole proceedure to me and said he has never had an unsuccessful procedure from it. So, naturally, trusting my doctor I agreed to have the procedure done. At 7 weeks post pardom, I went in to get the proceedure done. I was given some pain meds and they numbed everything too, which didnt seem to work at all. Everything was going fine and I thought it was neat that I got to watch the whole proceedure on a screen from the camera they put inside to place the coils. When it came to placing them, the left one wasn’t too painful but definitely did not feel too good. Then my right tube REALLY hurt. After the proceedure, I was having cramps. They said they would only last a couple of hours. That whole day after the proceedure I was in excrutiating pain. I just cried and cried, it hurt so bad. Since I had the proceedure, which was sometime in October 2013, I am always bleeding. This month I have bled most of the month and I am always having very bad cramps. Essure is seriously just ruining my life. I am always cramping and bleeding which would make any woman extremely irritable. Not to mention, the romance between my husband and I has gone down hill because I am either always in pain or im bleeding. I have an appointment this Wednesday to check on these problems with the doc who inserted them. I am extremely nervous, I want to know what is going on. I fear the worst. I really do not want to have any kind of hysterctomy at the age of 22. Im thinking this may be my only option in order to be able to live a normal life again!!! Then again, I have seen many stories where the doctor’s have done nothing for them and called these symptoms ‘normal’. I can’t live like this anymore, I NEED THESE OUT!!! They need to be banned off of the shelves. 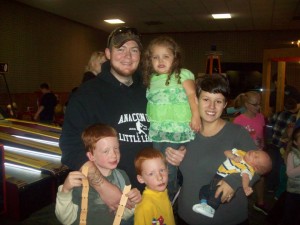