I had the Essure procedure done August 2012. They were only able to place one on the left side. Immediately following the procedure they told me what had went ”wrong”. Apparently she nicked me and it bled on the right side so she didn’t proceed with the right. My body retained over half of the fluid, she said that had NEVER happened. As soon as I was able to I had to go to get an x-ray to make sure the fluid wasn’t in my body and I wasn’t bleeding internally. The x-ray was clear thankfully. My hubby is truck driver so I think it was about 2-3 before he was home again and we were able to have sex. When we did it was painful and I had the worst cramps the whole time, every time.

I made the decision to have old fashioned tubal ligation the end of September. They also would be removing the coil on the left side at this time. Thankfully that went smoother than the Essure procedure. They had to remove part of my fallopian tube on the left to get the coil out because it had moved. Since then I have had horrible cramps before starting my period and during it as well. It has surely changed my life and I don’t recommend it to anyone! 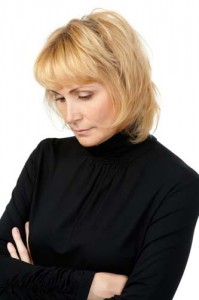